What a huge weekend! After many months of prayer and hard work, we had our first screening of God In My City January 28 in Terre Haute, IN. Our great friends at New Life Community Church were kind enough to host us. For those of you who don’t know, God In My City is FortySixTen Studio’s first full length documentary. I had the pleasure of co-directing the project with my partner and amazingly talented friend Matthew Ulm. The film follows the Church of Terre Haute and documents what God is doing through His people to affect real change in the community. This project also highlights the struggles, misconceptions, and beauty of sharing the love of Jesus.

As Matt and I drove up to Terre Haute together to get prepared, I wondered how the film would be received, how many people would show up, and if I would end up saying something stupid in front of my hometown friends (which I did, but we’ll get to that later). We had heard rumors that there might be a decent turnout, but if I had a dollar for every time I’ve heard that, well, I wouldn’t be writing blog posts; I’d be paying one of you to do it for me!

When we showed up, I took some time to reflect and pray while Matt scrambled to do some small/unimportant things like make sure the projector and sound worked so we could watch a movie. As I sat on the front row of the church reflecting on our time filming God In My City it was hard not to get emotional. When thinking about all of the incredible memories we had made while filming, I was bouncing around like a ping pong ball in an emotional spectrum ranging from excitement and thankfulness to conviction that I may not be living up to my standards from to years ago anymore. While I was finishing being deep and spiritual, Matt was able to make sure we could actually watch the film, which I guess was kind of important if you value that sort of thing. 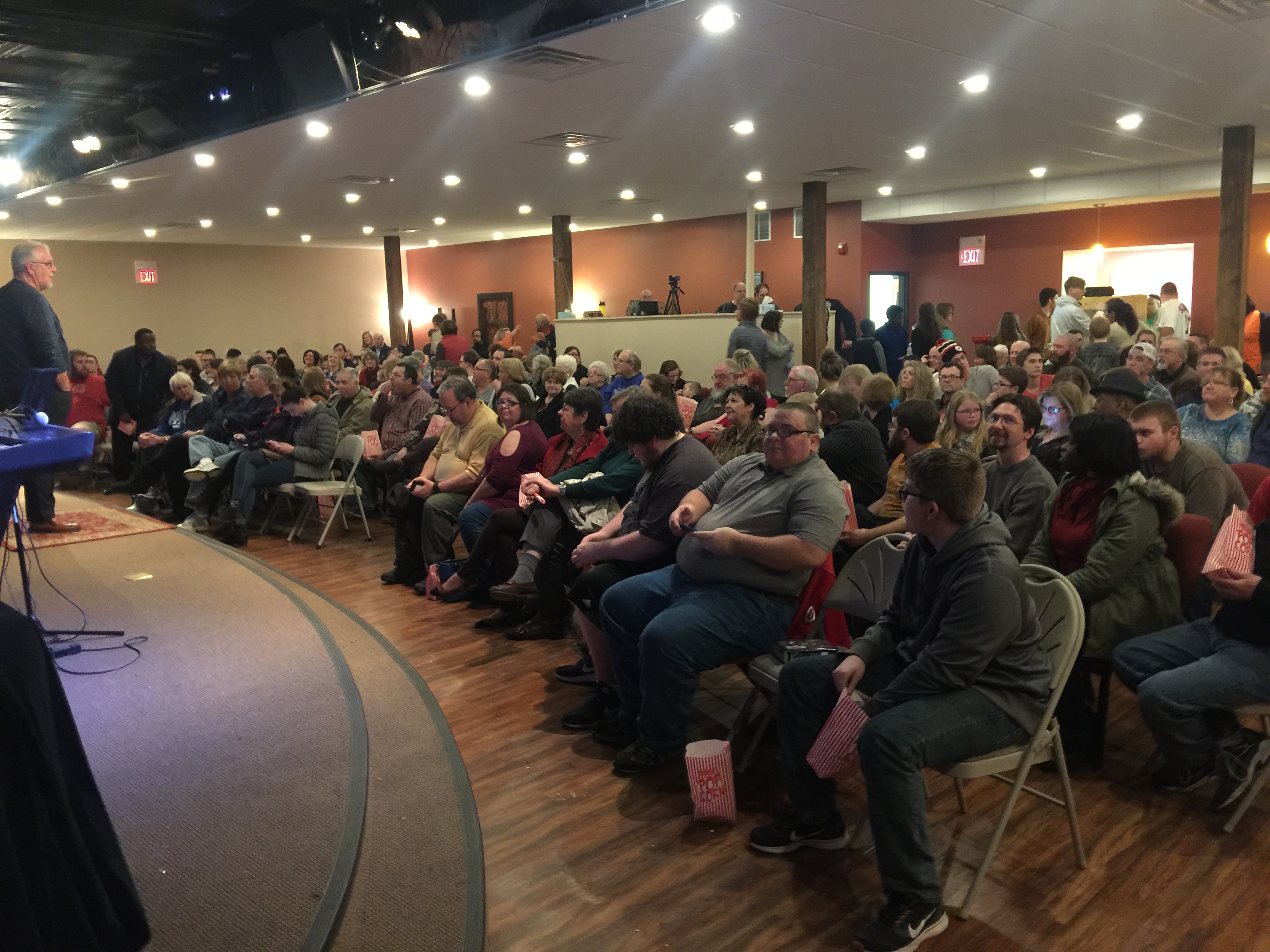 The screening began at 7 PM, but the crowd began rolling in before 6 PM. We were shocked at the number of people who were coming through the doors! The room was setup to hold a little over 100 people, which I thought would likely be plenty, I was wrong. As more and more people poured through the door my good friend and host Pastor Paul Carey and his staff began carrying all the chairs they had in the building to meet the demand of the audience. Before long we had between 270-300 people in the room! The numbers were significant because they showed the excitement and investment that our hometown felt in the project.

When we launched the event with worship, I began to scan the room and noticed that believers from every denomination were represented in the room. These were friends, brothers, and sisters in Christ, some of who I had been involved in ministry with for many years. To have such a beautiful cross section of the body Christ show up to support this film was incredible. After our wonderful friends Lawrence and Michele Urlick led worship, we briefly explained what a test screening was and told them that there would be a Q&A time after the film that we would take as feedback for the final cut of the film. Roll the movie!

As the room was packed to the brim, Matt and I watched from the side of the room. We watched the audience as they responded to the emotional twists and turns of the film. It was amazing to be sharing these laughs and moments of revelation with our hometown community in such an intimate way. I also observed Matt and saw the look of relief on his face. After months of hard work he was finally able to share this project with other people, and they loved it!

After the film finished one of my favorite people in the world, Pastor Tim Minks, got up and prayed for laborers to be sent into the city and that we would find the strength to “do the stuff” – meaning outreach – consistently. Then we started the Q&A time. The crowd commented how refreshing it was (**SPOILER ALERT**) that the film was told from Matt’s perspective. They felt comforted by the fact the Matt began the process as a skeptic, but ended feeling confident that he could share his faith. We answered a lot of amazing questions, received incredible compliments, and I said the word “crap” on stage (remember the stupid thing I was talking about).

While we know that we still have a lot of work to do to complete God In My City, it was amazing to share this moment with our city and our family and it will be invaluable for us in completing the film. It’s not often that I’d throw around the word “perfect,” but I can’t think of a better way describe our evening. When I had the thought to document the amazing things that were happening in my hometown, I had no idea where it would lead me. I also had no idea what I was doing (I still don’t), but I was willing to make a phone call. Matt had no idea how to do evangelism, but was willing to follow some crazy people around with a camera. The moral of the story is being imperfect, but willing, leads to perfect moments. 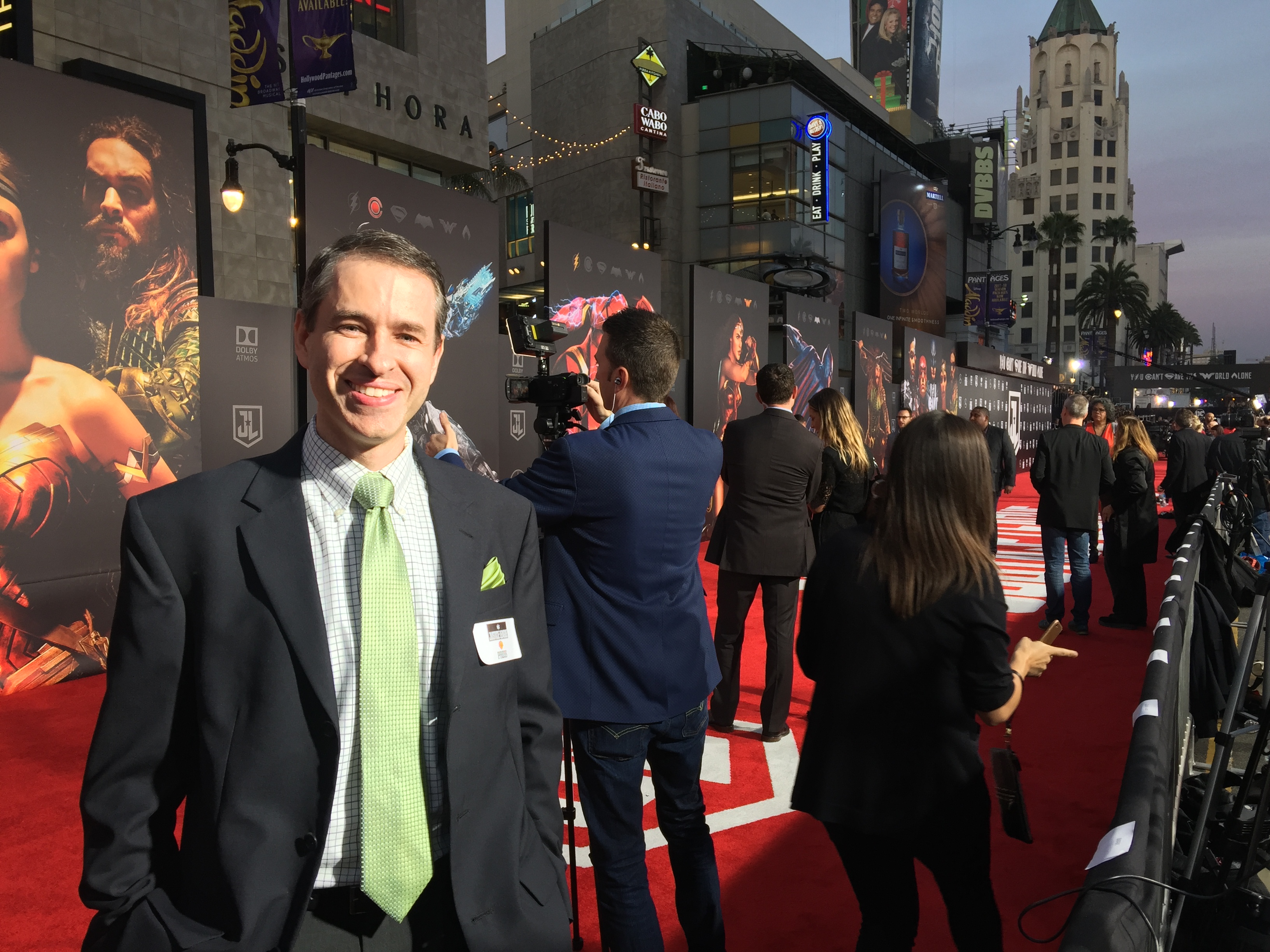 On November 13th, I had the opportunity to do something special. In conjunction with our friends and clients at Dolby Theatre, I attended the red carp... 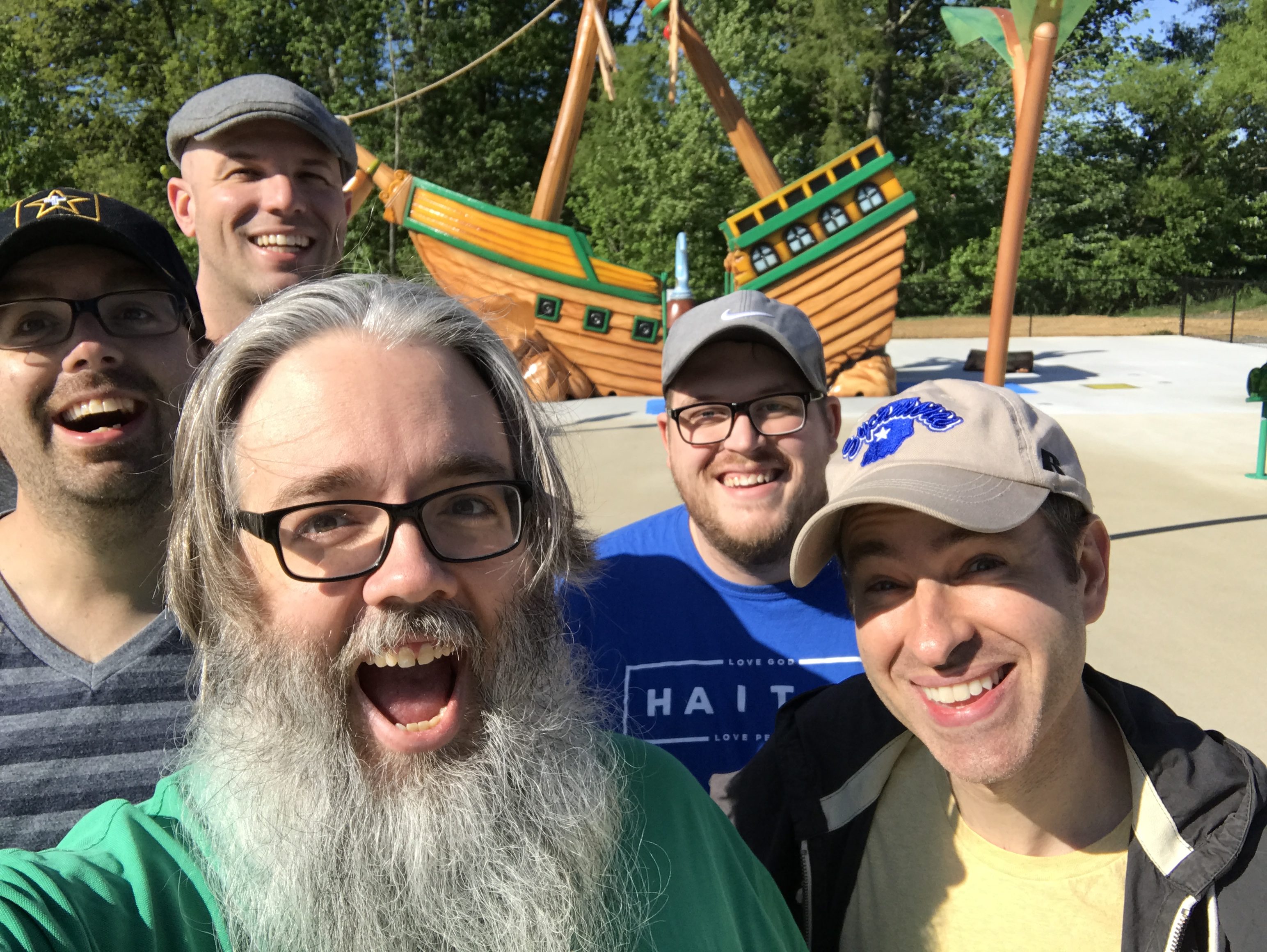 Our new website is live, and while everyone’s thrilled about that, I’m perhaps the most excited about it; it resonates with me in ways tha...